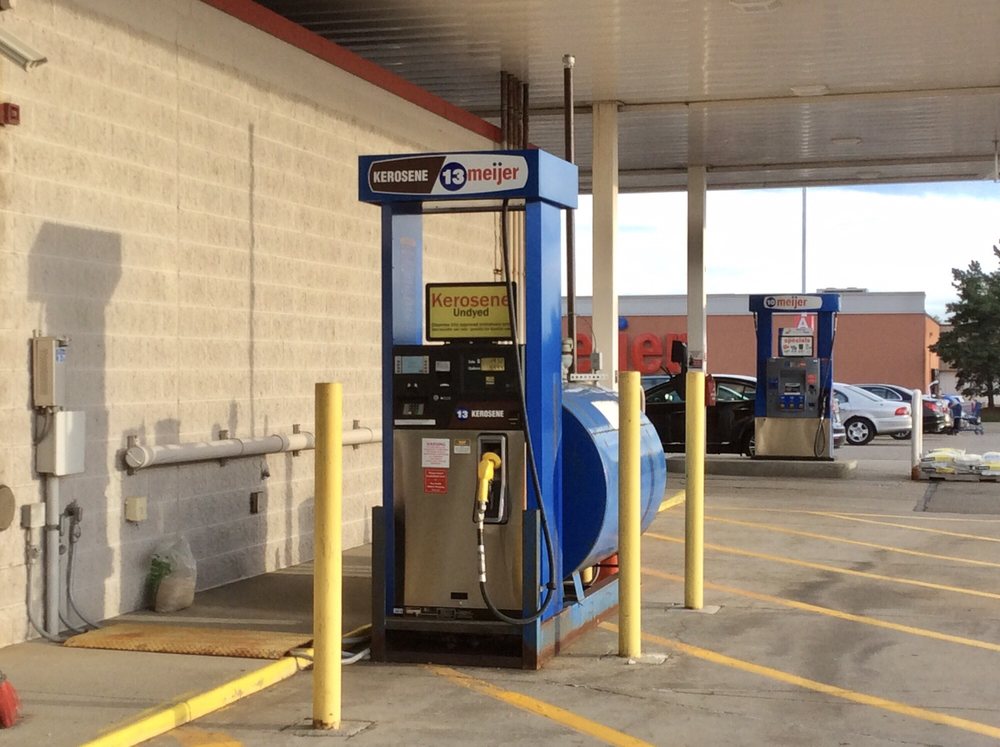 K1 kerosene is suited for several different uses, including cooking, heating, lighting, and cleaning and it can be purchased at numerous gas stations for lower prices than at most hardware stores. Below is some information regarding where K1 kerosene can be purchased per gallon at the most competitive prices.

Keep in mind that not all franchise locations will sell K1 kerosene, so it’s recommended that you call your local gas station beforehand to confirm availability.

This franchise is known for selling K1 kerosene at some of the best prices around – usually at about $4 per gallon at most locations. With almost 4,000 locations around the country, there are sure to be at least a few of them that will sell K1 kerosene to you. If you’re unsure of which locations can assist, visit the franchise website and search under “Fuel Options” or “Location Amenities” to determine the locations that sell it.

Some Citgo locations are operated under the Clarion and Mystik brands, and this means that there are approximately 5,000 of these locations throughout 30 US states. However, pricing for K1 kerosene is often higher at these franchise locations – approximately $5 per gallon in most cases.

The franchise also has a store locator that can be used to check whether specific branches supply K1 kerosene or not.

Sunoco franchises can be found in more than 30 states, making it fairly easy to locate them when K1 kerosene needs to be purchased. Pricing at Sunoco locations averages at around $4 per gallon, and customers can also take advantage of the company web site’s online store locator to determine which branches supply this fuel.

This fuel franchise has approximately 2,000 locations throughout the country, some of which currently sell K1 kerosene to customers at approximately $4 per gallon. When downloading and using the Conoco app, you could save up to 25 cents per gallon on your purchase. Not all locations sell K1 kerosene, so it’s recommended that you call ahead to your local store for confirmation beforehand.

if you’re situated along the west coast, you can purchase a gallon of K1 kerosene for approximately $5 from some of the ARCO locations. It’s a good idea to call ahead and find out if your nearest location sells this fuel or not.

If you live in or close to Indiana, you may be able to purchase K1 kerosene from one of the 70+ Family Express locations throughout the state at approximately $4 per gallon. Using their online store locator or app will enable you to find a location that will be most convenient for you. When using their dedicated app, you’ll be able to save up to 5 cents per gallon on your purchase as well.

If you’re not living close to any gas stations, you may need to consider purchasing your K1 kerosene from your local hardware store instead. However, the only disadvantage of doing this is that could pay as much as $10 to $12 per gallon when buying from most hardware outlets.

Below are some large franchises that may stock K1 kerosene:

When purchasing K1 kerosene from any location, you’ll normally be asked to provide a form of photo ID because this is classified as a hazardous substance and should only be transported by a responsible person. After purchasing it, you must ensure that it is going to be transported and stored in a dedicated blue kerosene container.

Because K1 kerosene is highly flammable, many states have banned the use of it in heaters and it may not be readily available for sale in these areas either. If you’re unsure about the current regulations regarding the use of this substance, it’s recommended that you get in touch with your local fire department. They will be able to inform you whether it’s legal to use it in your area for various purposes or not. Always ensure that K1 kerosene is stored away from high heat sources and open flames.

Kerosene For Sale Near Me