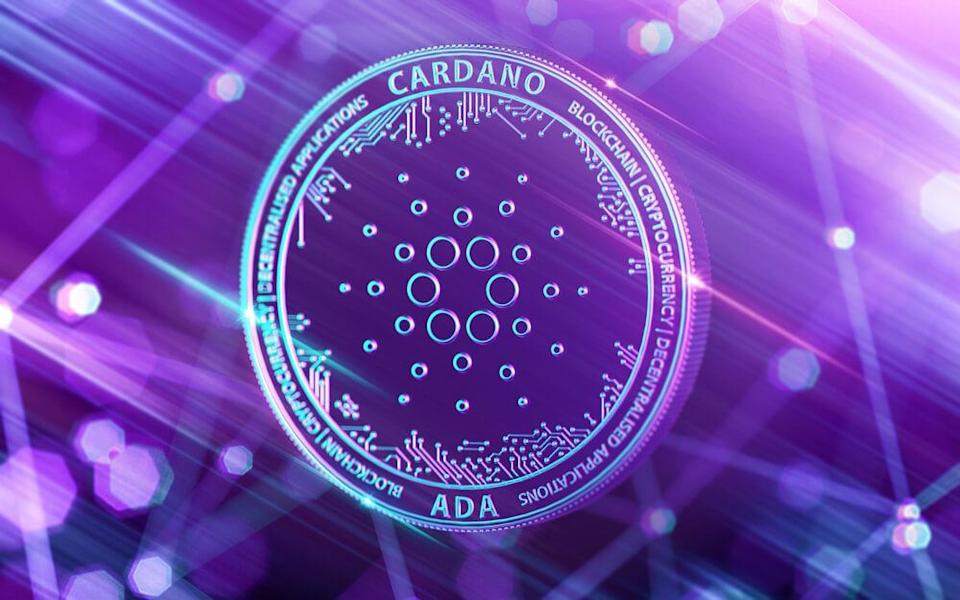 Crypto has evolved from a niche phenomenon to a legitimate asset class with real-world applications. Driving the global crypto boom are the underlying technologies, most notably blockchain. At its core, blockchain is a distributed database that stores data in a way that makes it impossible to tamper with. This, in theory, has numerous applications – from financial services to privacy and security – and the market is moving towards solutions that are powered by blockchain. One such solution is Cardano, a new smart contract and decentralized applications platform.  Built and operated by the Cardano Foundation, a non-profit organization focused on creating an ecosystem that is vibrant, safe, and scalable – Cardano is setting out to be a trailblazer in the cryptocurrency space. Capable of handling the most demanding blockchain requirements, Cardano is making big promises, and we are here to discuss if it’s all just talk or if it’s worth investing in.

What Is Cardano Blockchain Platform?

Cardano (ADA) is a relatively new cryptocurrency. According to its whitepaper, it aims to solve three of the biggest problems that affect cryptocurrencies today: sustainability, interoperability, and scalability. This is going to be achieved through a layered architecture. The first layer of Cardano is a settlement layer. This is a “proof of stake” blockchain with a treasury and a Daedalus wallet. The settlement layer is a secure platform for transacting ADA and running smart contracts. It is designed to be the engine of the Cardano system, capable of hosting financial applications that run on the network. The second layer of Cardano is an accounts layer. This layer acts as a place to store the balances of each account on the network. The third layer of Cardano is a control layer. This layer is in charge of processing information and includes protocols, network policies, and load balancing algorithms. It’s the “brains” of the system and will be in charge of processing transactions and smart contracts in the network. All three layers of Cardano (settlement, accounts, and control) are connected together through an application layer. This is where decentralized applications (dApps) will run. They’ll use ADA and other tokens on the network. Cardano is aiming to create a smart contract platform that will be sustainable and scalable. With this mission in mind, it will provide a unique and “fully functional environment for future applications.”

How Is Cardano Different from Other Smart Contract Platforms?

Created by the co-founder of Ethereum Charles Hoskinson, Cardano is an open-source, decentralized platform that enables smart contracts and also serves as a cryptocurrency. Cardano is the first blockchain project to be created out of a scientific philosophy and with academic rigor. Simply put, Cardano is built on the scientific philosophy of the Haskell programming language, which is a functional programming language that offers better security guarantees for building highly reliable applications. It’s similar to Ethereum, but its functionality is much more advanced.

But what truly makes Cardano special is its governance model. All cryptocurrencies have two key issues – technical governance and financial governance. Technical governance refers to the protocol development process. Cardano uses a scientific method called formal verification to verify smart contracts, which ensures that all the code is correct and the smart contracts function as expected. Cardano’s financial governance is also unique – and has been widely praised – since it pays “active participants” (governors) to make sound decisions for the platform and its users.

At the heart of Cardano’s system is a new method for achieving consensus on the network: Ouroboros. With Ouroboros, Cardano claims to have solved the “Nothing at Stake” problem, which is a common issue found in Proof-of-Stake (PoS) systems where it becomes trivial to fork the blockchain and take over the network. Ouroboros solves this issue by adding a special rule: if a node is caught breaking the rules, it will be completely removed from the network and given no reward. This means that the stakers/miners/validators must always play by the rules and never cheat.

In today’s eco-conscious world, energy efficiency is a major issue, and Cardano has focused on this issue and developed a new technology that minimizes the energy required to run the platform. At the end of the day, it’s all about maximizing your ROI, and you need to do your due diligence on any cryptocurrency you invest in. When it comes to energy efficiency, however, there is no better cryptocurrency than Cardano. In fact, according to the estimation made by the University of Cambridge, Cardano will use only 0.01% of what Bitcoin needs. This is a tremendous improvement.

Should You Invest in Cardano?

For the first time in the history of cryptocurrencies, there is a platform that is built on top of solid scientific philosophy, peer-reviewed research, and computer science. This makes Cardano the most secure platform and makes it the most promising platform for the future. Simply put, Cardano is aiming to solve all the issues of existing blockchains and to make the crypto revolution a reality. If Cardano succeeds, its value could skyrocket.

Is Cardano a Good Long-Term Investment

Every step of the way, Cardano is transparent. They’ve made their code open source and used a method called Ouroboros to generate consensus on the network. With that in mind, investors are confident that they can trust Cardano because they know that they can’t be deceived. This is extremely important because, even though cryptocurrency is decentralized, it’s not immune to mismanagement. Being able to see the potential problems before they arise gives Cardano an advantage over other cryptocurrencies. It also provides them with the chance to fix issues before they get out of hand. The technology being used on Cardano is extremely advanced. With that in mind, Cardano isn’t just another cryptocurrency. They are setting out to be a real, viable cryptocurrency that everyone can use. While this doesn’t mean that they’ll be able to completely dominate the crypto market – it will give them an edge over other coins, making them a solid investment in the long run.

In fact, since ADA, Cardano’s native token was released in September 2017, the price has been on a steady rise. Despite a slight drop from December 2017 to February 2018, ADA has been one of the few cryptocurrencies that have managed to remain above $1.00 (current $2.1332). This isn’t due to speculation but rather due to the smart technology behind the cryptocurrency. As Cardano is transparent, they can confidently reassure investors that they are here to stay, making ADA a safe long-term investment.

Should You Invest in Cardano?

Given everything that has been discussed, it’s safe to say that Cardano is a good long-term investment. Given the technology behind Cardano, they are definitely moving in the right direction. There are other cryptocurrencies, but none with the level of sophistication that Cardano has. It has all the components needed to provide real value to the community, and they are doing just that. If you are looking for a high-potential cryptocurrency that can give you good returns over the long term, Cardano is the answer.

Some major advantages of Cardano:

What can be expected from Cardano?

The first era of Cardano was named Goguen. It consists of two layers – Cardano Settlement Layer (CSL) and Cardano Computation Layer (CCL). They are collectively known as the IELE Virtual Machine.

The aim of the Goguen Era is to develop the fundamental building blocks of Cardano, which will be useful for their upcoming era, Shelly. These building blocks are constructed from scratch so that they will be useful for Shelly. In order to achieve the above aim, Cardano has entered into a partnership with Metaps Plus, a South Korean company. This partnership will help the development of the three main components of Cardano’s Goguen era. The three components are:

– Epoch: This component uses the same paradigm that is used in Google Chrome to ensure that it can reach a very high level of performance. It is a universal programming language that has been specifically designed for the IELE Virtual Machine.

– IELE: This stands for the Interactive Formal Verification Engine. It provides formal semantics for a subset of the Solidity language. In addition to this, it gives an interactive environment where users can run smart contracts on the Cardano blockchain.

– K-framework: This is a backend infrastructure that is used to integrate with an Ethereum Virtual Machine (EVM). It helps to verify EVM code using practical, formal semantics. In addition to this, it is used to develop the IELE Virtual Machine.

The Goguen era is extremely important as it will lay the foundation for the Shelly era. Once Cardano has completed its first era, it will be able to reach more platforms and extend its reach.

The second era is named Basho. It is a further development of the Goguen era, and it will offer a number of advantages over the former. It will allow for a more efficient and independent Blockchain, a very high-security level, a huge transactional capacity, and the allowance of smart contracts.

Integrating voting and treasury systems with the use of the IELE Virtual Machine is an integral part of the third era. This era, which is named Voltaire, will allow for a decentralized governance system that will be operated by the users who have an interest in the platform. The voting system will allow the users to decide on the structure and development of the platform.

Cardano is designed to be a platform for decentralized applications and smart contracts. With that in mind, they have a lot of potentials to change the way we view cryptocurrencies. However, they still have a long way to go before they can be considered a dominant force in space. While ADA is a strong investment in the long term, it can’t be considered a dominant cryptocurrency. It still has a long way to go before it can compete with the likes of Ethereum and Bitcoin. Another shortcoming of Cardano is that their network is still in development. Even though they have a solid team working on the project, it’s impossible to see what they’ll do once their network goes live. This can be a bit concerning for investors, as it makes Cardano unpredictable. Moreover, the cryptocurrency market is still in its infancy. New cryptocurrencies and blockchain solutions are popping up left and right, making it very difficult to know which one will stand the test of time. Investing in Cardano could be a great investment, or it could result in a lost fortune. As such, it’s vital to do your research before making any investment in the space.

Conclusion: Is Cardano a Good Investment?

At the end of the day, Cardano isn’t just another cryptocurrency. They are setting out to revolutionize the entire crypto space, making the process of transferring money far easier than it is now. Not only that but Cardano can also be used for secure storage of funds. There are no fees, the process is quick, and the user is completely anonymous. While other blockchains struggle to find a real-world application, Cardano has made it clear that they are here to change the game, making them a solid investment option for anyone who is looking to make money in the long run.